Read all our house-building news here. For other Curo news, visit our main news pages. If you're a member of the media, please visit our media centre. 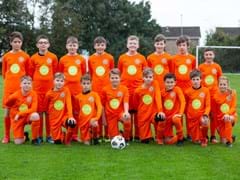 Junior teams at Yatton FC are looking great on the pitch thanks to a donation from the builders of a new residential development in the village. West of England housing association and housebuilder Curo donated £3,750 to the club as part of their commitment to working together with local communities and supporting residents in areas where they are building ne… 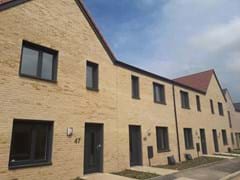 Housing association and housebuilder Curo are on track to delivering the first ultra energy efficient homes in Bath & North East Somerset this autumn. 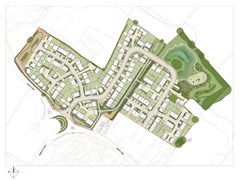 Bath-based housing association and housebuilder Curo has been granted full planning permission by North Somerset Council to build 154 new homes in the village of Yatton. 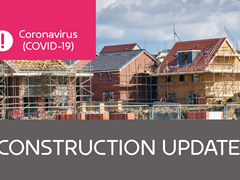 Curo’s housebuilding division is today re-opening construction sites across the West of England, in line with government instructions and the three-step plan to end the coronavirus lockdown unveiled on Sunday 10 May. Prime Minister Boris Johnson actively encouraged construction and manufacturing operations to resume while urging companies and workers to continue to observe physical distancing measures. 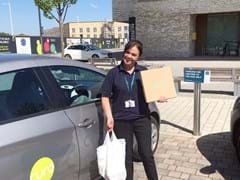 Supporting the community through the Coronavirus lockdown

Since the start of the Coronavirus lockdown, The Hub at Mulberry Park has had to close its doors to protect public health. But while classes and meetings have been temporarily suspended, the Hub’s team have quickly adapted to the new ‘normal’ and found other ways to support the communities of Mulberry Park, Foxhill and the wider Combe Down. 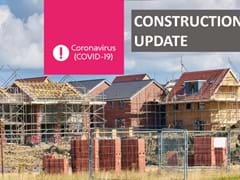 While the government guidance issued 23rd March is specifically allowing construction works to carry on, we’ve taken the decision to temporarily close all our sites as of Friday 27th March. We’re doing this to protect our colleagues, contractors and the wider communities against the spread of COVID-19.

16 families in Midsomer Norton will celebrate Christmas in brand new homes this year, thanks to the completion of a 100% affordable housing development by housing association and housebuilder Curo and contractor E G Carter & Co Ltd. 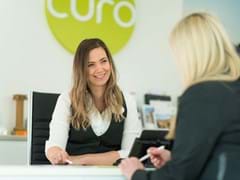 Bath-based Curo has started works on site at Crest Nicholson’s residential development of 250 homes in Keynsham, Hygge Park. The housing association and housebuilder will work alongside the national developer to build 56 homes on a parcel of the site, known as the ‘Woodland View at Hygge Park’. 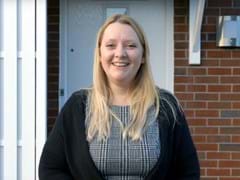 "Shared Ownership was the only way I could do it"

30-year old Teri Densley was finally able to get on the property ladder in her home village thanks to Shared Ownership homes built by Curo at Highbury Fields, in Clutton. Teri, who works in admin for a finance company, was living with her parents in Clutton so she could save up for a deposit. Teri says: "Buying a house in Clutton would probably have been impossible. I've looked for years - Shared Ownership was the only way I could do it. It was fantastic that they started building here."

Housing association Curo has announced it proposes to build up to 47 new affordable homes at Broadbury Road in Filwood, Bristol. A public exhibition will be held on Wednesday 3 July to share the proposals and enable local residents to give their views. The consultation will take place between 3-7pm at the Broad Plain House social club, opposite the police station on Broadbury Road, BS4 1JT. 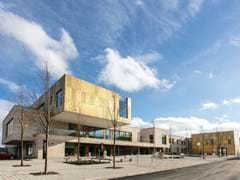 The Hub, Curo’s £10m community building at its Mulberry Park development in Bath, was crowned the winner of the South West Community Benefit category at the Royal Institute of Chartered Surveyors (RICS) Awards 2019. The award recognises outstanding achievement in providing a facility which directly benefits the local community and can demonstrate its success through local community feedback. 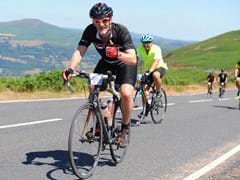 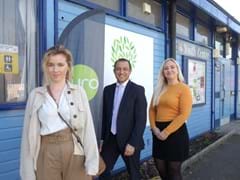 ‘Century Park’ and ‘The Willows’ are today revealed as the new names for Curo’s developments in Lawrence Weston, Bristol. The names were suggested by local residents Becky Cockle and Rhiannon Beail, following a campaign by Curo to find new identities for the two sites - previously referred to as Henacre Road and Corbet Close. 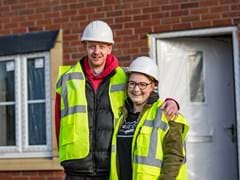 A young couple and their two children will soon be able to live closer to family and friends as they prepare to move in to a new home at Curo’s Highbury Fields development in Clutton. Beth, who is 26 years old and from Clutton, and Danny, who’s 33 years old and was born and raised just a couple of miles down the road, in Paulton, have been looking to buy their first home together in the village but were struggling to find the right property. 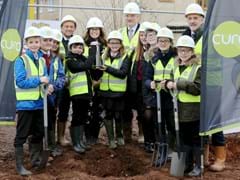 Pupils from Somervale School today buried a time capsule on the site of a new development delivered by Curo and contractor E G Carter. The time capsule was buried as part of a ground-breaking ceremony to mark the start of construction works at St Chads Green in Midsomer Norton, where 16 new affordable homes will be built by the end of the year. 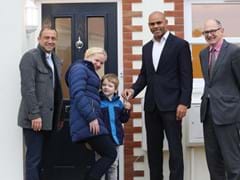 The Mayor of Bristol, Marvin Rees, has welcomed the first families into their homes at a new development of 14 affordable houses at Whitehall Road, Easton. The three-bedroom homes, delivered by housing association and house-builder Curo and contractor Clayewater Homes, are being let through Bristol City Council’s Home Choice scheme on secure affordable rent te… 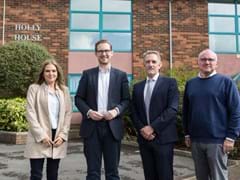 Bristol North West MP Darren Jones visited Curo’s site at Corbet Close in Lawrence Weston last week to find out more about the organisation’s plans to build 57 much-needed new affordable homes in the area. The local MP was accompanied on the site visit by Curo Managing Director, Gerraint Oakley, and the project team. 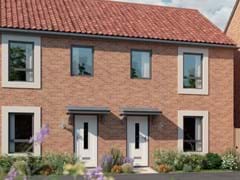 A £28m deal has been agreed to bring 171 new affordable homes to Bristol, Somerset and Wiltshire. Housing association and housebuilder Curo and national housebuilder Bellway have joined forces to deliver the homes over the next few years under a strategic S106 package deal. The deal is the first of its kind for both Curo and Bellway South West.

Curo up for double at national awards

Bath-based housing association and house-builder Curo has been shortlisted for two national awards recognising the success of its sales team and flagship development, Mulberry Park. Curo are finalists in the ’Home Ownership Team of the Year’ and ‘Best Large Development’ categories at the National Housing Awards, run by the National Housing Federation (NHF). 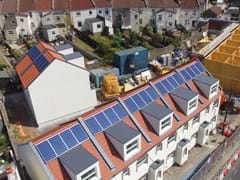 Housing association and house-builder Curo is nearing completion of its 100% affordable housing scheme at Whitehall Road in Bristol, on the land of the derelict White Hart Hotel. The 14 new affordable homes are due for completion in November this year, making Curo’s Whitehall scheme the first to be delivered with grant from Bristol City Council’s £57million Affordable Housing funding budget. 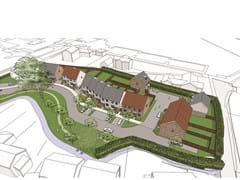 A total of 16 new affordable homes will be built at St Chads Green in Midsomer Norton by housing association and house-builder Curo after being granted planning permission by Bath & North East Somerset Council’s officers under delegated authority in April. 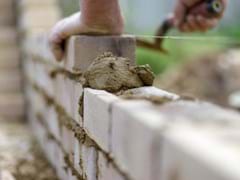 People wanting to live in Bath & North East Somerset (B&NES) face the highest rents anywhere in the South West, according to the Home Truths South West report issued this week by the National Housing Federation.

Housing association and house-builder Curo has recently acquired a 10.2-acre site in Lawrence Weston from Bristol City Council with a view to building up to 128 new homes, including 30% affordable housing for social rent and shared ownership. Curo will be hosting a public exhibition at the Lawrence Weston Baptist Church on Thursday 22 March from 3pm until 7pm to give local people the chance to view and comment on the proposals. 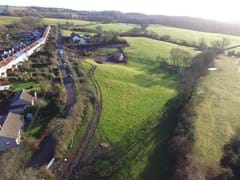 Construction work has officially started at Curo’s newest housing development, Highbury Fields, situated in the picturesque village of Clutton. The scheme will deliver 36 new homes for local people, including 33% affordable housing for rent and shared ownership. Highbury Fields is a development of 2, 3 and 4 bedroom properties, with the first homes due for compl… 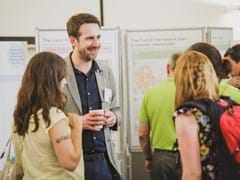 Curo will be holding a public exhibition on 28 September to show its proposals for the redevelopment of the St. Chad’s scheme in Midsomer Norton. St. Chad’s redevelopment will include the demolition of 23 vacant flats to make room for 16 new affordable homes. The proposals consist of a mix of 1, 2, 3 and 4 bedroom homes which will be available to rent at affordable rates…

Bath resident Nina describes how she got onto the housing ladder through Curo's Shared Ownership scheme. 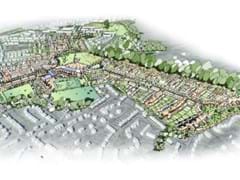 Thanks to everyone who came to our first public exhibition of the masterplan for Foxhill – our vision to create new homes, facilities and open spaces for the whole community. If you missed the exhibition, you can still see all the display material on the Foxhill Regeneration website. Find out more at www.foxhillregeneration.co.uk.