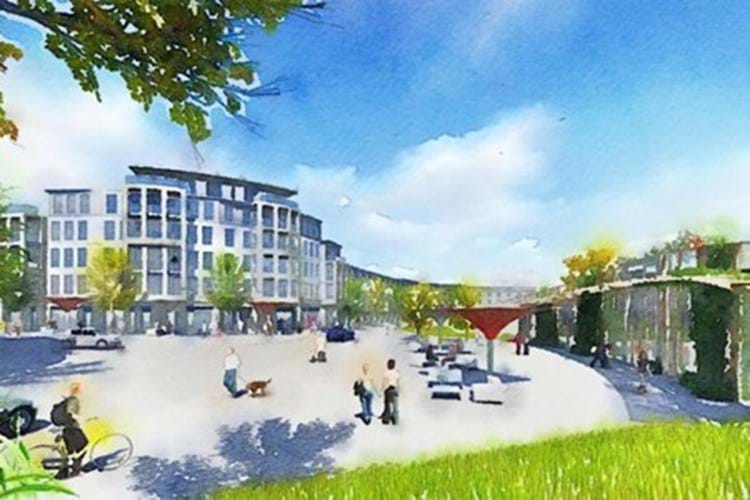 Mulberry Park is today revealed as the new name for Curo’s proposed development of 700 new homes, community facilities and open spaces on the former MoD site at Foxhill.

The name was suggested by Bath resident, Ken Cookes, following a campaign by Curo to find a new identity for the development. They received over 100 ideas by email, Twitter and in person from local people, ranging from the impressively intellectual to the quirky and comical.

After considering all the suggestions, Curo chose ‘Mulberry Park’ as a fresh, distinctive new name for the area, and one that reflects the city’s long military history and the site’s beautiful natural surroundings.

‘Mulberry’ refers to Mulberry Harbours, temporary harbours designed in Bath by the Admiralty, which were used for the D-Day landings and which many view as one of the greatest engineering achievements of World War II.

Ken Cookes, who lives in Bear Flat, has been a resident of Bath for over 40 years.  He says:

“I am so pleased that Curo chose the name I suggested for the new development at Foxhill.  I couldn't help thinking about how influential our Mulberry Harbours had been towards the success of D-Day and indeed our history. Bath should feel proud of its legacy and this development could be a fitting memorial.”

Ken is currently on holiday in the States and is pictured on the deck of the USS North Carolina, a US Navy battleship which carried a crew of 2,300 men during World War II.

Curo Chief Executive, Victor da Cunha, added “We’ve had a fantastic response and we’d like to say a big thank you to everyone who sent us a suggestion. It’s been great to see so much interest in our plans for the area and to find out about the local history that inspired many of the suggestions.”

“We think Mulberry Park is an inspiring and authentic name that will help create an exciting new future for the area currently referred to as ‘the Former MOD site at Foxhill’.  It really reflects our aspirations for the development and will help create a new neighbourhood at the heart of Combe Down.”

The ‘Park’ in the new name acknowledges the site’s position adjacent to an area of outstanding natural beauty, and the plan to incorporate natural landscaping into the development.  Mulberry trees, with their distinctive berries have been planted in England since Tudor times and Curo is looking into whether these could be incorporated into the planting scheme.

Suggestions for the name drew on the city’s roman history (Minerva Hill), prominent Bathonians (Ralph Allen Park) and the stunning local countryside (Shepherd’s Hill). Someone even suggested that the area should be renamed after The League of Gentlemen’s fictional town of Royston Vasey.

Find out more at mulberryparkbath.co.uk.