St Chad’s Green is a redevelopment scheme consisting of 16 affordable family homes in Midsomer Norton, Bath & North East Somerset. The development was completed in December 2019 and all homes are now occupied.

Curo was granted planning permission for St Chad's Green in April 2018. Works started on site in Summer 2018, with construction works officially under way in February 2019.

The scheme delivered a mix of 15 houses with two, three and four bedrooms and a one-bedroom apartment. Four of the homes were sold via Shared Ownership, while the other 12 were let at affordable rents to local people on the local authority’s housing waiting list.

Alongside new homes, the development also delivered enhancements for the two existing bungalows at St Chad's Green, with the provision of dedicated parking and solar panels.

All Shared Ownership homes at St Chad's are sold. If you're interested in buying a home through the low cost homeownership scheme, Shared Ownership, head over to our sales website for more details.

All affordable rent homes at St Chad's have been occupied. Social and affordable homes for rent in B&NES are let via the Council's Choice Based Letting Scheme, Homesearch. 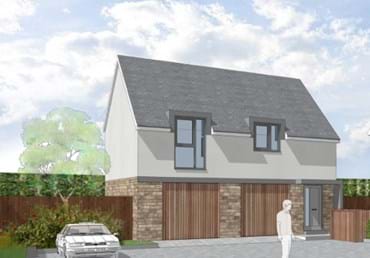