Why a cable car is right for Bath 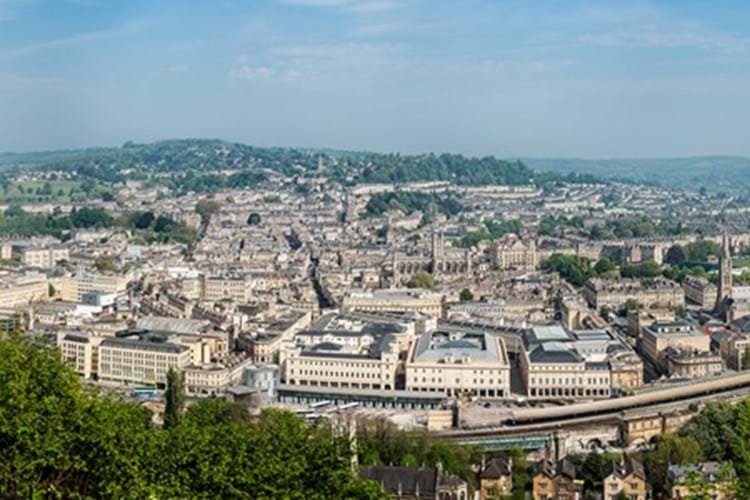 At the very heart, our mission is to provide homes for those who might not otherwise be able to afford them, in thriving communities where people choose to live. As a charitable organisation, the money we make doesn’t get distributed to shareholders; it’s reinvested in our core social purpose.

We believe that you can’t build a successful community by simply building housing; you have to go further...  That’s why at Mulberry Park Curo is building a community hub with health, leisure and other community services, in a beautiful new building which is ten times the size required by our planning permission. It’s why we’re building a school, putting in an ‘all weather’ football pitch, creating employment space, shops, a restaurant and a community café.  It’s also why we’re building a park, why we’re creating play areas and adding new safe walking and cycling routes and open spaces. It’s the sum of all these things working together that provides the formula for a successful, sustainable community.

I say this because back in 2012, Curo bought 48 acres of land from the MOD in Bath.  Why?  So we could use it as a once-in-a-lifetime opportunity to regenerate Foxhill - an estate built after the war which, in our view, is in need of major regeneration. We recognised that the brownfield site would allow us not only to build 700 new homes for local people, but to also provide the financial cross-subsidy needed to deliver a truly outstanding regeneration; for existing and future generations.

Five years later, Mulberry Park is a Government Housing Zone – a place of national importance.  Building work has started on the first 275 new homes, along with the school, community hub and nursery. The vision is starting to come together.

With the project now in full swing, the time is right to examine other aspects of the project, including improving public transport and connectivity to the city.

You see, when we originally consulted residents about our scheme, one of the key messages we heard was that the south of the city was already heavily congested and that more cars from new homes would create further pressure.  We decided to invest in an improved bus service as a result of the feedback, but we wanted to see if we could do more. It turns out that easing the road congestion problems in the south of Bath would also be good for the city overall, helping combat increasing car usage and reduce pollution levels, so protecting Bath’s heritage.

So we asked Arup to look at a wide range of options and, after two years of work, they concluded that a cable car connecting Mulberry Park to the city centre would be the most viable, cost-effective solution.  It would remove a significant number of car journeys from the road every year, encourage more cycling and walking and potentially help to shift the way people get about.  We agree with Arup, but now we want to find out whether Bath residents, the city’s business community, its students and tourists agree too.

We believe a new, affordable transport connection like this could improve the lives of people living and working in the south side of Bath and beyond.  It could transport them to college, to shops, to cultural and social events, to their job, whether that’s in the new enterprise area at Bath Quays or further afield via connections by train or bus.  From the city centre, a cable car could also move kids to school, students to the university and employees to their place of work at the top of the hill. It’s a truly sustainable, ultra-low emission form of transport.

In this first consultation, we want to see if people agree with the principle.  If we get a positive response from the City, then we will move to the next stage in the autumn, consulting on the details of the project, including the suggested route, design, fare structure and so on. We don’t intend to run the cable car – that’s for a transport operator to do.  However we do think a cable car is a forward-thinking idea that could support the city’s economy and help address the increasing demands on road infrastructure.

To gauge opinions, we’re holding a series of consultation events at the end of March and in April and online until 12th May. At this stage, we just want to know what the city thinks of the various transport options presented, and whether local people would support the idea of a cable car as a potential solution.

So please do come along and tell us what you think, or fill in the online survey from 30th March at www.southbathtransportoptions.co.uk.  We want to hear from everyone - those who fully support the principle as well as those who may not.  We really would like to gather as many people’s views as possible so we can make a truly representative and rounded assessment.

This article first appeared in Inside Housing.

What happens to Housing Association surpluses?
Reaction to Dispatches shows the sector is divided and losing focus
"My seven housing predictions for 2018"