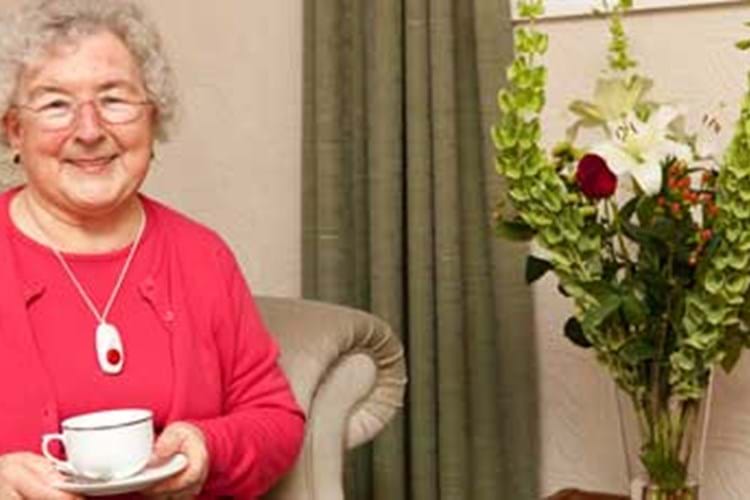 The ILS, commissioned by Bath & North East Somerset Council and delivered by Curo, not only won the Better Health category, but also took home the accolade of overall winner for the South West. The service now goes forward to the national awards – which will be announced in March 2013.

Bath & North East Somerset Council commissioned Curo to deliver the ILS in 2011, which supports people who need a little extra help to remain independent and living in their own home. In just 18 months the ILS has supported 497 people, aged from 23 to 103, to remain independent in their own homes, with many referrals made through important partners such as the Village Agents.

The ILS offers flexible services, tailored to individual needs, which can make the difference between someone staying in their own home and having to leave to go into residential care.

Norma Jenkins (pictured), who lives in Keynsham, was one of the ILS’s first customers and collected the award in person at the presentation ceremony on 31 October 2012. Norma said: “The service is like an answer to a prayer. I have no worries and my daughter has no worries. It’s the best thing that’s ever happened to me.”

Harriet Bosnell, Head of Care & Support at Curo, said: “We were very honoured to be announced overall winner for the South West region. We are really proud of the difference that our Independent Living Service makes to the lives of people from such diverse backgrounds across the whole of our community.

"Feedback from customers has been overwhelmingly positive and making a difference for people like Norma is what we believe in at Curo. We are grateful for the support from our partners in helping us to achieve this success. We hope that winning these highly-respected awards will help to further raise the profile of this great service, so that we can make a difference for even more people like Norma.”

Councillor Simon Allen, the Council’s Cabinet Member for Wellbeing, said: “We’re delighted that this service has been recognised as part of Bath & North East Somerset Council’s commitment to promoting independence and positive lives for everyone. We’re keen to ensure that the people most in need are supported to live full active lives – and in particular that older people receive our help so they may live independently. Congratulations to everyone for their well-deserved regional awards, and best of luck for the national ceremony in January.”

National Housing Federation South West Lead Manager Jenny Allen said: “Huge congratulations go to Curo and to the three other winners. We had 19 high quality entries from the South West for our awards this year and I know our judges found it tough choosing just four winners.

“These projects are a clear demonstration of how housing associations in the South West really do provide the whole package to help nurture healthy and happy neighbourhoods.”

Although the service is run by Curo it is available to anyone eligible in Bath and North East Somerset, including home-owners, people renting privately as well as housing association residents.

Curo is offering free consultations to anyone interested in the service for themselves or for a relative or neighbour. Call 01225 366196, email independentlivingservice@curo-group.co.uk or visit our care and support pages for further information.

At your service - 4 Oct 2019
Curo's Independent Living Service: Jon's story
Livewell - here's to your health!
Curo’s Bath Foyer gets the ‘groundforce’ treatment thanks to M&S bright sparks
A stay at the Wellbeing House: Michael's story
John's story: regaining independence through our hospital step-down service
A home from hospital