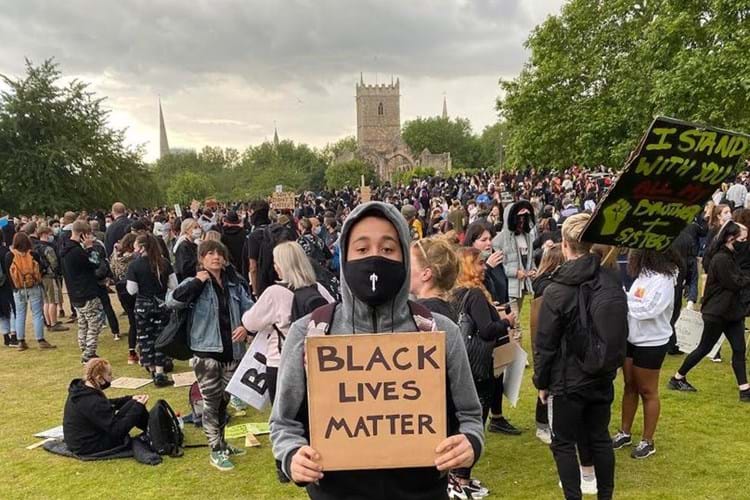 2020 has been a turbulent year for us all. From the uncharted waters of COVID-19 to the murky injustices which have come back to the surface after the distressing footage of a racial attack on a black man in the USA which sparked protest around the world, igniting a united global support for the Black Lives Matter movement. The images and issues that this brought up have been difficult to witness, however are crucial in gaining an understanding of the experiences of fellow citizens.

One thing that has rung out loud and clear for me is that to effect change we must act; we must stand up for our neighbours and each other. Sadly, alongside the progressive nature of recent events connected with the Black Lives Matter movement, there has also been backlash and division. This makes it all the more important to stand together and celebrate positive change, innovation and justice.

As a Support Worker at Curo, I am lucky enough to work with inspiring young people as part of Curo’s Young Parent Project in Bath. It is these young people who hold the potential to realise positive change in society.

One particularly inspiring young man I work with is Jackson. At the young age of 22, he and his business partner started their own business in music, artist promotion, events promotion and a clothing brand. As a person of colour in a predominantly white city, Jackson has experienced racial discrimination through his life and has faced barriers in setting up his business. He and his business partner have pledged to donate all profits from their clothing brand to the Black Lives Matter movement in 2020, and have made it their mission to facilitate positive change in society to avoid other people facing the same barriers they have.

Jackson and his business partner were interviewed for an article for Somerset Live; you can find the full article here.

Something else I take from recent events is that this movement is about everyone. If there is no justice for one community then there is no justice for any community. It is a matter of human rights, and if these are not consistent across society then they count for nothing. As explained by the Black Lives Matter movement: ‘To love and desire freedom and justice for ourselves is a prerequisite for wanting the same for others.’ This movement has sparked action around the globe, inspiring people to make changes and to invest in learning about the history of, not just a nation, but a global society – and how this history still influences the lives of individuals today.

Black Lives Matter was founded in 2013 after the murder of teen Trayvon Martin and the acquittal of his pursuer George Zimmerman, not to mention centuries of inequality and injustices. The Movement is an inclusive, progressive global network of individuals striving for justice and freedom. Its strength as a network has grown due to the power of their membership and supporters. In their own words: ‘Every day, we recommit to healing ourselves and each other, and to co-creating alongside comrades, allies, and family a culture where each person feels seen, heard, and supported… We acknowledge, respect, and celebrate differences and commonalities.’

Black Lives Matter is an educational platform and a foundation for action, solidarity and community. The recent occurrences have been a call to action, and indeed we have seen peaceful political and non-political endorsement of justice and a wave of new support for the Black Lives Matter movement across the world.

Jackson is also a music artist by the name of Jax who recently released a new album on his birthday in June - it’s already sold out! He is a hardworking and innovative young man and an inspiration to many young people. His music can be found here on Instagram.

I want to finish with one of my favourite quotes by the anthropologist Margaret Mead. She said: ‘never doubt that a small group of thoughtful, committed citizens can change the world; indeed, it’s the only thing that ever has’.

If you would like to learn more about the Black Lives Matter movement here are three excellent websites to visit:

And five must-see documentaries and films: