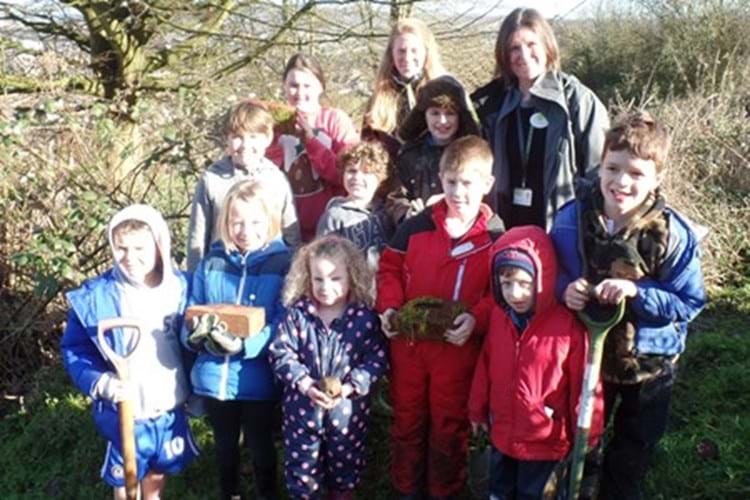 Curo is helping to recreate a World War II air raid shelter, to be installed as part of a new interactive history trail at Bath City Farm.

Curo is sponsoring the World War II section of the city farm’s new ‘Walk Through History’ trail, bringing to life the years from 1939-1945. This point of the trail will feature an authentic replica of an Anderson air raid shelter which visitors will be able to go inside.

Many families in Bath built Anderson shelters in their back yards to shelter from bombs during the war. The air-raid shelter at the farm will include a hand-powered air-raid siren and will be sited next to a now-buried pill box which was created to fire anti-aircraft and anti-tank guns at the enemy.

Information displays at the trail point will explain how these shelters were used and how Twerton, Whiteway and the farm were affected by the Second World War.

Bath was bombed in April 1942 as part of the so-called Baedeker raids, with targets chosen for their historical, rather than their strategic or military value.

Jo Bellotti, Curo Community Initiatives Coordinator, said: “Bath City Farm is a fantastic open space in the heart of an area where many Curo customers live and we’re really pleased to be helping to make this trail possible. We’re looking forward to getting together with local families to build this shelter which promises to be a fascinating resource for people across Bath.”

Work on the trail will start in the summer and local families will be invited to come along and help Bath City Farm staff create the shelter, with additional work such as concreting the base being carried out by the farm’s youth volunteering group.

Curo will also be running a World War II workshop where local families who have helped build the shelter will be able to try on gas masks, sample typical war-time food and learn more about how local people took part in such an important event in our history.

The Walk Through History trail will be a 10-point trail around Bath City Farm’s 37 acres of woodland and wildflower meadows. It will guide visitors through the history and heritage of the farm and its surrounding area using interactive instalments that bring local history to life.

Each point will have an information board detailing what the farm and surrounding local area was like during the particular historical period. Funding is still needed for some of the other points.

Curo is asking anyone interested in helping to build the air raid shelter to contact Jo Bellotti on 01225 366145. To find out more about the trail, sponsoring a point on it, or about volunteering with Bath City Farm, contact Helen on 01225 481269, helen@bathcityfarm.org.uk or visit www.bathcityfarm.org.uk.