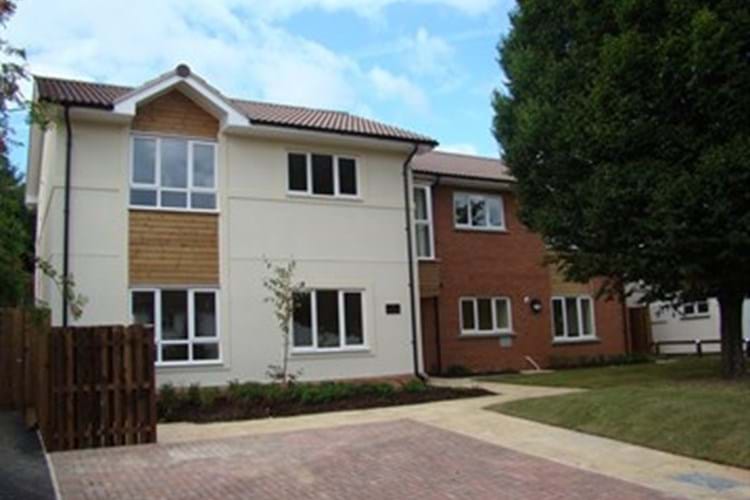 Five young adults are celebrating independence in their new home thanks to an innovative partnership between Curo, Bath & North East Somerset Council's Learning Difficulties Team and the National Autistic Society.

Willow House is a bespoke new-build scheme for young adults with autism and Asperger syndrome. The development consists of five individual one-bedroom flats, a communal lounge, and supported accommodation. The concept behind the scheme is to allow individuals with similar needs to live independently, benefiting from a flexible support package from us that prevents the need for one-to-one 24 hour assistance.

Councillor Simon Allen, the Council’s Cabinet Member for Wellbeing, who has spent a substantial part of his career working with people who have autism, said: “We wanted to create a provision that gave young people the independence to live in their own homes, whilst offering a nurturing environment and a natural transition into adulthood. I believe that working together with our  partners in this way offers the best possible outcomes for the needs of these young people.”

The five young adults, including Jack and Ray (we have not used their real names, to protect their anonymity), moved into their flats in August. Jack says: "My flat is great. The staff have helped me settle in and have been with me to get to know the local area and things to do. The staff have helped me with sorting out all my finances as well since I moved in which I have struggled with before. Solving a problem is better than ignoring it.”

It was especially important to Ray that he could continue working in his part-time job as a catering assistant at a school which is near his parents’ home. Initially paired with a support worker, Ray is now using public transport  to travel to work on his own.

The location was chosen to enable those living there to have easy access to their local community. All the residents have now registered themselves with a local GP and other services such as the library and sports centre. They have also started to access the local college and begun to explore job opportunities in the area.

The staff work closely with each young person and provide the support which matters most to the individual. The hope is that, for its residents, Willow House  will be a step towards even greater independence and autonomy in adulthood.

Willow House was designed by Archial (now known as Ingenium)  and built by E G Carter who is currently involved in other Curo projects. Working with the young adults before they moved in, and followed advice from the National Autistic Society, they designed a building that is autism-friendly.  Some measures taken include dimmable LED recessed lighting across the whole building, low decibel extractor  fans and low odour paint. All fixtures and fittings were specifically chosen for  their colours and ease of use.

The building is especially safe and includes anti-tampering equipment: boxed-inboilers, adjustable water flow rates, specialist Tunstall equipment and underfloor heating so that radiators don’t need to be used. A communal lounge area has been incorporated into the design to encourage a social environment.

"This is a fantastic collaboration between three organisations who have worked closely with everyone involved from the outset. What we have achieved so far is to provide a bespoke and person-centred opportunity for independent living with autism. Curo have provided flats that are superb environments built with the individuals in mind. It is great to see five individuals so thoroughly thrilled with their new homes.”

Find out more about our care and support services.