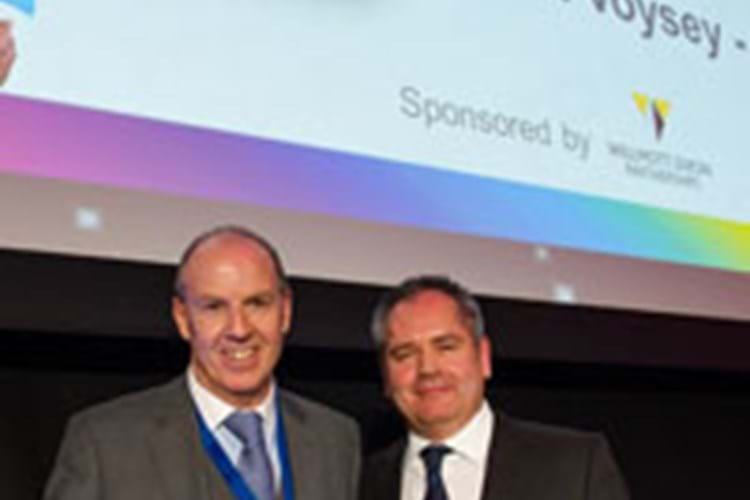 Curo colleague John Voysey, who for eight years has worked tirelessly to help local people make a difference in their neighbourhoods, has been named Resident Involvement Officer of the Year at the 2014 Tenant Participation Advisory Service (TPAS) South Awards.

The TPAS Awards recognise those people who have demonstrated a real commitment to tenant empowerment and improving opportunities for involvement.

John Voysey joined Bath-based housing and support organisation Curo as a Resident Involvement Officer in 2006, having retired from a career in the police force. Today Curo has more residents involved in their neighbourhood than at any other time, largely thanks to John’s consistent and inspiring efforts to engage residents in our neighbourhoods.

Curo customer and Radstock resident, Keith Bridges, joined John at the awards ceremony in London: “John is someone that you can rely on 100%. What I particularly like is if John says something, then it is as good as done.”

John, who lives in Midsomer Norton, said: “I am delighted to have won this award, but recognise that I am accepting it on behalf of the wider Curo team, without them this award would not have happened.

“We strive for excellence, which to me means understanding the needs of our residents and working with them to really make the areas where they live happy, safe, and popular. We have a great team at Curo and I know we can really make that difference.”

Julie Evans, Curo’s Director of Neighbourhoods, said: “John cares greatly about the communities where Curo works and is inspired to make things happen, empowering residents to make a difference for themselves. He has a deep respect for residents who give up their time and he makes sure the time he spends with them is used properly; always listening, coaching, researching issues and working with residents to find solutions.”

Jenny Topham, Acting Chief Executive of TPAS, said: “The TPAS South Awards was a wonderful day of celebration. It’s so important that we recognise and value the individuals and partnerships that are delivering real change for the better in communities. Once again I was blown away with the range of initiatives and projects in the room. We saw the best of tenant involvement and we saw the impact it makes to people’s lives. Congratulations to all the winners and all the nominees.”

One of the new initiatives John has worked with customers to get up and running is known as ‘resident-led services’. This enables Curo customers to get together to take control of their own local services, like gardening and cleaning.

Curo customers who would like to get more involved with Curo and their local area can contact Curo’s Resident Involvement Team on 01225 366162 or visit www.curo-group.co.uk/getinvolved.