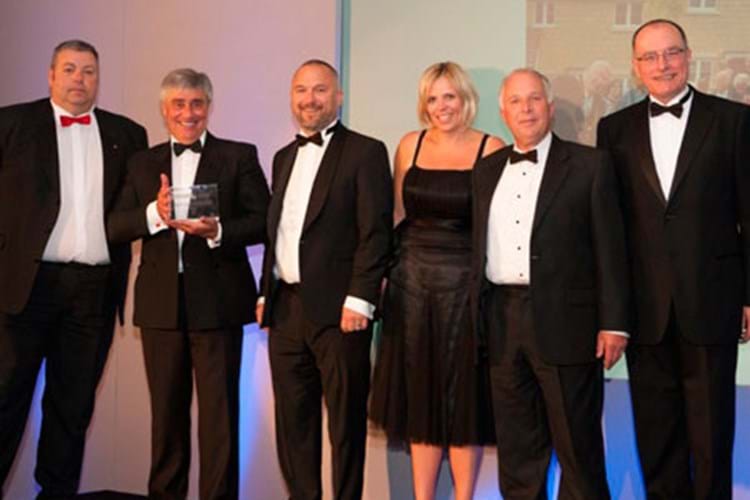 A six-year project to rebuild 191 concrete homes in Bath and Keynsham has taken a top award in the prestigious 2013 South West Built Environment Awards.

Curo and affordable housing and regeneration specialist Lovell completed the regeneration scheme last year and have won the ‘Integration & Collaborative Working Award’ in the awards run by the Chartered Institute of Building and Constructing Excellence.

The regeneration scheme saw the redevelopment and replacement of Curo’s stock of concrete homes with 275 modern, energy-efficient new homes. The project was one of the biggest pre-cast reinforced concrete replacement schemes of its kind in the UK and has transformed four neighbourhoods in Bath and Keynsham.

From inception, close partnership working and excellent communication was set as a top priority for this project. The result was a scheme delivered on-time and on-budget, with exceptional satisfaction ratings from customers with 99% of residents expressing satisfaction with the quality of their new home.

Curo’s Director of Development & Asset Management, Mike Grist, said: “From the start, we knew that a strong partnership was essential for success with this complex project and we could not have picked better partners than Lovell; we are incredibly proud of what we have made possible together.”

Lovell regional director David Gough said: “Collaborative working was the key to the success of this major housing redevelopment programme and we are delighted that the partnership between Curo and Lovell was able to deliver such great results for residents. To have this recognised in the South West built Environment Awards underlines the achievement.”

The judges commented: “The winners of this award put enormous effort into developing a genuinely open and collaborative approach to a complex project which could have been very difficult to deliver. All stakeholders including the supply chain and the end users were involved to achieve a very successful outcome.”

The winners of the awards were announced at a ceremony at the Bristol Marriott hotel in June 2013 and now go forward to the national Constructing Excellence Awards programme.