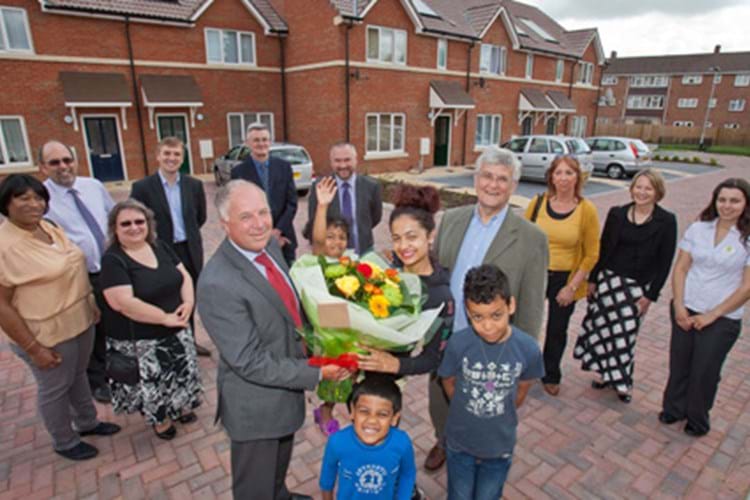 Curo has helped to transform derelict land in Bristol into a development of 14 new low-cost homes. The new homes at Poole Close and Mill Paddock in Hartcliffe have been built on land previously occupied by a number of disused garages.

Completed in July 2012, the development has not only regenerated two former garage sites which had become eyesores and suffered from vandalism, but has also created much needed family homes for Bristol. We have invested over £1.4 million in the scheme, with £430,000 coming from Bristol City Council.

The two, three and four bedroom homes meet a number of high standards including Eco Homes level 3 and the Lifetime Homes standard.

In addition the development at Coleshill Drive has been specifically designed as a ‘Homezone’ with safe streets for pedestrians and cyclists as well as cars.

Home ownership may be cheaper than you think with Curo's Shared Ownership scheme. Find a home you can afford.