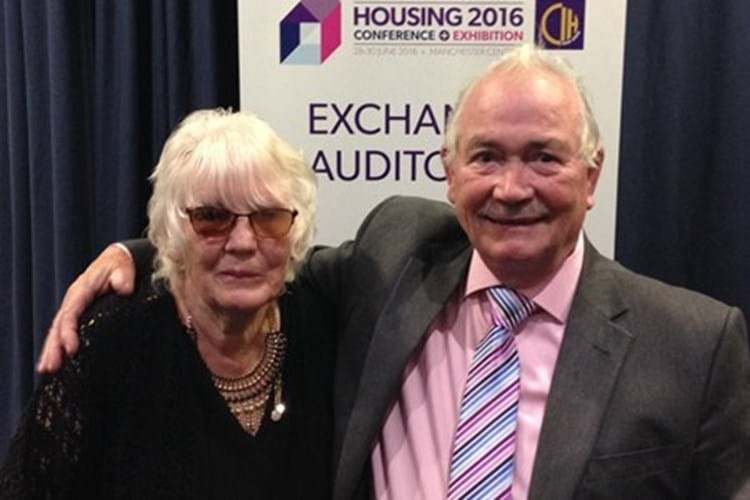 Bath resident John Richardson has been honoured at the national Housing Heroes Awards held in Manchester on 27 June.

Described as an inspiration in his community, John was Highly Commended in the Inspirational Resident of the Year category following his nomination by Curo.

John (pictured with his wife Sandra at the awards) is the driving force at Chandler Close in Bath and one of just six people from across the UK to be shortlisted for this category in the awards, run by the Chartered Institute of Housing.

Over the 13 years he has lived in Chandler Close John has brought together people of all ages in the surrounding streets to form a vibrant neighbourhood that has already collected numerous awards for their many community initiatives.

Curo Community Initiatives Coordinator Jo Bellotti has supported John with a number of initiatives. Jo said: “At Curo we wanted to nominate John for this award because he’s an outstanding example of how individuals can make a big difference where they live. John has done an enormous amount to bring together everyone, young and old.

John said: “I am absolutely delighted that Curo put me up for this award and would like to thank Jo Bellotti for her work in presenting it for me. It is marvellous to get an award for something I enjoy doing.”

We're keen to hear from Curo residents who would like to know more about the support available to make their neighbourhood a great place to be. Contact us on 01225 366000 or visit www.curo-group.co.uk/getinvolved.