Home / News / News stories / My apprenticeship experience: Onto the up-escalator

My apprenticeship experience: Onto the up-escalator 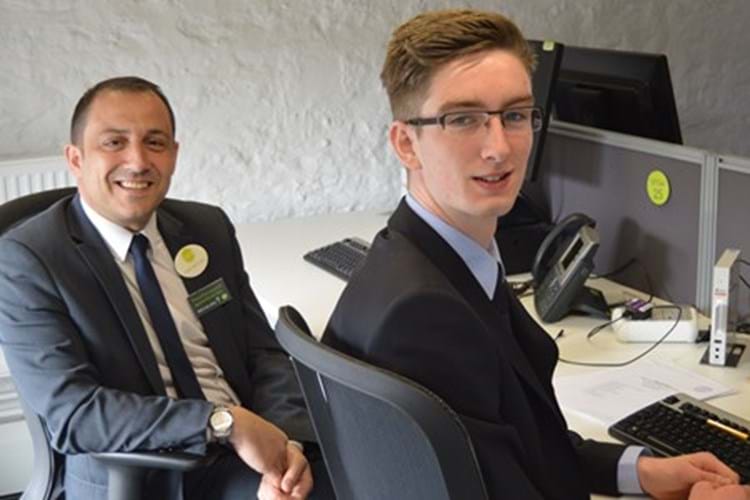 For National Apprenticeship Week, Curo Chief Executive Victor da Cunha (pictured, left, with Curo apprentice Reece Rogers) reflects on how an apprenticeship as a 'lift and escalator' trainee with London Underground set his career onto an upward track.

When I left school, I was keen to go to work and earn some money. I applied for a trainee position at London Underground - they didn’t use the term “apprentice” for office-based jobs back then.

After the interview, I became a “lift and escalator” trainee and spent four great years learning about both the technical aspects of the role and the rules of office life.

Moving from a school to a work environment can be both daunting and liberating; on one hand you can go to the loo without asking permission, make a cup of tea and you can call adults by their first name.  On the other, you need to learn what appear at first to be needlessly complicated things and meet with people in suits who have big offices and PAs.

However, by the time other friends were coming out of university looking for their first job, I’d finished my formal training and was confident about what I could do, in the company of senior people and aware of my own potential. I was also earning my own money, making choices about my life and contributing to London Underground.

That’s the power of apprenticeships – they help you prepare for life, raising your self-esteem, skills and experience while also allowing people the opportunity to contribute to the success of a business; it’s a genuine win/win.

For my part, I remain thankful for that opportunity to this day. Personally, it allowed me to secure my own place with my then girlfriend (now my wife) while also getting four separate formal qualifications, which led later on to an MBA.

This week, as part of National Apprenticeship Week (14-18 March 2016), I spent some time with one of our apprentices at Curo.  Reece is working with our Procurement Team while completing his NVQ Level 2 with Bath College.  It was great to see his energy and positivity. A business needs a healthy and sustainable supply of future leaders.

Even if I wasn't personally supportive of apprenticeships because of my own experience, it’s actually a business critical priority for Curo. At Curo ‘inspiring and empowering people to succeed in life’ is part of our mission, and that makes it even more important that we secure future talent from our local community.

Building skills & confidence in the great outdoors
Seven tips for acing a job interview
Apprenticeships at Curo: why you should ‘go for it’
My apprenticeship story: From the perfect cappuccino to the perfect career
Back at work, earning money & in control
Tomorrow's leaders: making & taking opportunities
Interview preparation - the Working Well way
That was the year that was
Curo Scholarship: Making university dreams possible
Change for good... A healthy customer service obsession