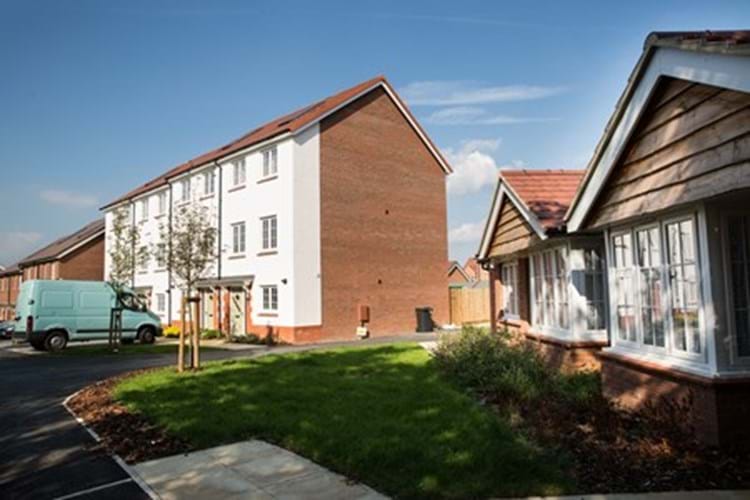 Let me clarify my position at the outset. I am a big supporter of mixed tenure estates. They are a natural antidote to the creeping ghettoisation of social housing that has been a feature of our sector for many years. Mono-tenure estates do not work; they are the habitats of those who in general do not work; and they do not reflect the vast majority of our traditional communities made up of streets where mixes of population happen naturally.

Most recently they have become a source of television ‘entertainment’ for folks whose exposure to programmes such as the vile ‘Benefits Street’ has made them experts on the intricacies of social tenure.

And what has the upshot been? This year I have become increasingly aware of a rise in the number of complaints from homeowners on mixed tenure estates.  Some complaints are justified; low levels of noise nuisance and anti-social behaviour that can affect and spoil the quiet enjoyment of all residents, regardless of tenure. Like any responsible landlord we have dealt with these, often working with other agencies to stop the problem and where possible prevent a repeat of the nuisance.  Others have not been justified, such as children playing and riding their bikes.

However more and more complaints have arisen from homeowners who anchor their complaints to a strict adherence to estate covenants and their perception of the tenancy agreements insisting on interpretations that leave no room for common sense, flexibility or the reality of day-to-day living of residents.

This is particularly true of S.106 sites where covenants are seemingly concocted by developers who appear never to have lived in the real world and certainly don’t inhabit any of the estates which they build. Don’t get me wrong, estate covenants can be a force for good; restricting behaviours that can blight estates, for example the parking of unsuitably sized vehicles that are detrimental on neighbours’ views. However, unless they are drawn up with common sense the good practices become barriers to residents being able to live normally in their homes.

An illustration of this can be found on a particular estate in South Gloucestershire – a redevelopment site that is a new community with more than a thousand new homes. The estate is an island surrounded now by retail parks but for the first years of existence by little else. There is no parking provision except for the parking bays on the estate itself and these are governed by a covenant that prohibits the parking of commercial vehicles and of vehicles over a certain weight.

All well and good, except many of our tenants fit into the category of ‘white van man’, working in jobs that require them to bring their vehicles home with them. A small number of vociferous homeowners have insisted we take action against tenants who park such vehicles, just because they breach the estate covenant. This is despite the fact the vehicles themselves are parked courteously, within designated parking spaces and do not cause nuisance. Attempts to plead for reasonableness fall on deaf ears; the covenant is all that matters.

And yet this calls into question the fundamental fairness of such covenants – whilst they are on the face of it tenure blind, the reality is much different. Both homeowners and social tenants will be given works vehicles as part of their jobs. But homeowners are more likely to drive BMWs, Insignias and other standard company cars that are unlikely to breach arbitrary covenants, whilst social tenants are more likely to bring home their taxis, Ford Transits and the like, advertising the names of the companies they work for.

Where’s the fairness? Surely homeowners, the watchers of programmes like ‘Benefits Street’ should be rejoicing at the growing numbers of social tenants entering the workforce, not forcing landlords to take action on the back of unrealistic covenants that unfairly restrict social tenants over their home owning neighbours.

Integration requires fairness and tolerance to succeed not evangelical thumping of covenant regulations and tenancy responsibilities that do nothing but treat our tenants as if they were all like the 'feckless' individuals so lovingly portrayed by the makers of ‘Benefits Street’.