'Just go for it' – why work placements work 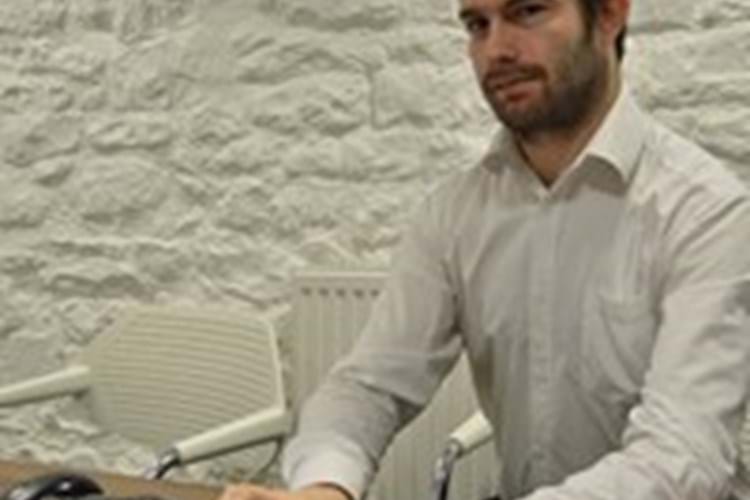 “I’ve really enjoyed my time at Curo, working with people who’ve helped and inspired me to get a job.” James Mogg is brimming with confidence as he talks about the new job he’s just landed as an apprentice at Bath College.

A year ago 24-year-old James was making sandwiches at a fast-food outlet in Bath; today he’s looking forward to his new role and has his eye on longer-term ambitions of becoming a manager.

James, a Curo resident, joined us six months ago on an accredited work placement. He was struggling to find a role that clicked with him – the fast-food job didn’t work out – and he found himself out of work and claiming benefits in the shape of the Government’s new Universal Credit. James heard about Curo’s work placement programme through Bath Job Centre Plus.

James describes his placement as ‘much more than just work experience’… “It helped me to get a clear idea of what I enjoy doing – which is working with customers and being part of a team. During my time with Curo I’ve been on courses, received help with job applications and writing a great CV, and I’ve learned how to do my best in interviews and presentations.”

James had been struggling with some everyday aspects of living, coming from a sometimes hectic home environment. Curo helped James to get support with a range of work and life skills, as James explains:

“The support I got here also helped me realise that I really wanted to sort out my ‘life skills’ and become more independent – things like being able to cook for example.”

James was assigned a mentor and was able to try out different roles, thriving with our Response Team where he made a big impact.

Vicky Hunt managed James during his time with the Response Team: “James initially came to us on a 10 week work placement and I’ll admit I was hesitant to begin with. The usual type of concerns crossed my mind: how would we find the time to train somebody? Would their skills be sufficient for the type of tasks we could give them?

“However, my concerns were short-lived. During the time James spent with us he was an absolute asset to our team. Nothing was too much trouble for him and from day one his commitment to the role was clear to see.”

“One thing that really struck me with James was that his IT skills and understanding of technology were second-to-none; he was soon showing us how to do new things!”

James has now started an apprenticeship working with the College’s Adult Special Learning Team, supporting people with disabilities. He also feels ready and equipped to move out of his parents’ home and is getting support from Curo with his application to rent a place of his own.

The driving force behind Curo’s work placement programme is Employment, Training & Engagement Coordinator Lisa Quayle (pictured): “James’s story highlights that work placements really are win-win. The experience has been transformational for him, but Curo has also benefited from the contribution he made.

“James’s confidence increased dramatically over the time he spent with Curo and his ability to use feedback and improve his employability has helped him to secure not just one, but three job offers.

“I’ve been impressed by the number of Curo colleagues who really cared about James’s future and offered support. We’re proud that he’s moving on with his career and his life. He’s work hard to achieve something so positive.”

“The team were sad to see him go,” adds Vicky, “however we were all over the moon that another organisation had seen his potential and that he could secure himself such a great opportunity for the future. I hope other employers get to experience the great benefits that a placement can bring and all with the satisfaction that you’re helping someone too.”

If you’re an employer interested in offering a work placement to a local person, or you’re a Curo customer who’d like to try a placement, get in touch with Curo.

As James told Curo… “My message to anyone considering a work placement like mine is, go for it!”