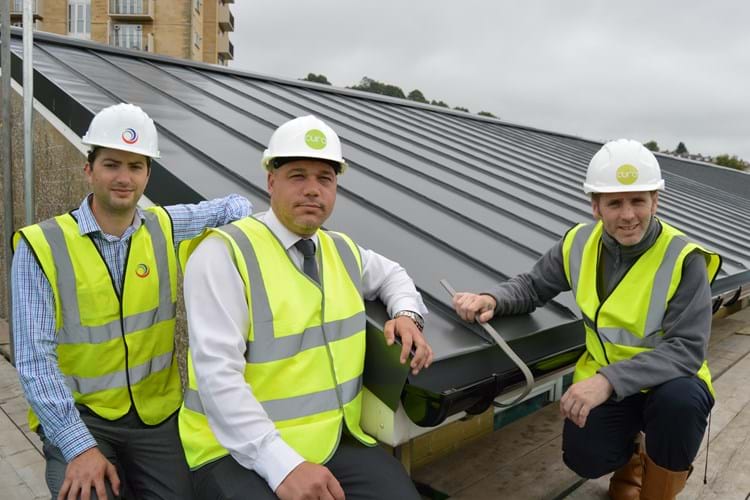 A major project to upgrade the distinctive green roofs across Snow Hill in Bath has completed its initial phase with the unveiling of the first new roofing at Longacre House.

Curo is working with specialist contractor Bell Group to replace the aging copper roofs across the estate’s eight blocks.

Paul Morgan is Curo’s Lead Surveyor for the project: “Curo has liaised closely with Bath Preservation Trust and Snow Hill residents on the choice of material – a grey zinc – to ensure that the new roofing is affordable and in keeping with the surrounding architecture.

“The new zinc roofing will have a 60-100 year lifespan. While the scaffolding is up, we’re also redecorating the outside of the each block.”

Designed by architects Snailum, Huggins and Lefevre, work on Snow Hill began in 1952 and in 1956 the first two blocks to be completed, Dover House and Walcot House, won the architects a Royal Institute of British Architects award.

In 1958 the 11-storey Berkeley House tower was completed and in 1960 the estate won a Civic Trust award. The entire development was completed in 1968. Berkeley House remains the highest residential structure in Bath. Today the Snow Hill estate is owned and managed by Curo.

For more information about how we invest in our housing stock, or about making home improvements yourself, visit our residents' section.