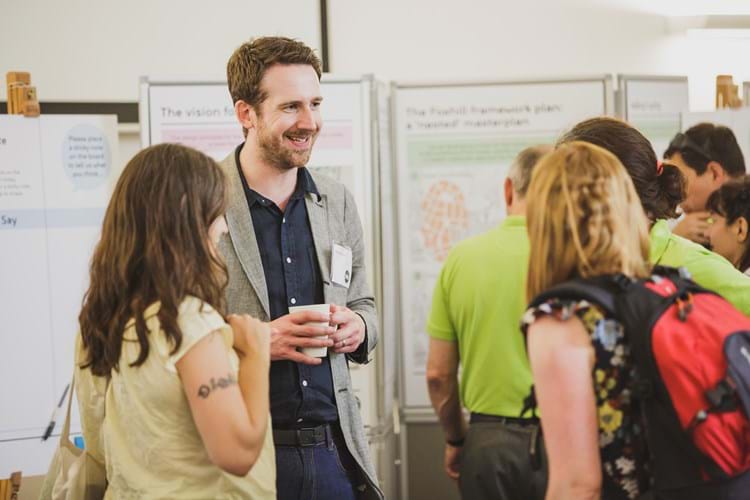 Curo will be holding a public exhibition on 28 September 2017 to show its proposals for the redevelopment of the St. Chad’s scheme in Midsomer Norton.

St. Chad’s redevelopment will include the demolition of 23 vacant flats to make room for 16 new affordable homes. The proposals consist of a mix of 1, 2, 3 and 4 bedroom homes which will be available to rent at affordable rates and to buy through Shared Ownership

Built in the 1970s, the existing properties at St. Chad’s were designed as older persons’ accommodation. All 23 flats are poorly lit, expensive to heat and are small, with properties averaging at 34sqm. As result, some of the flats at St. Chad’s Green became hard to let and were left empty for significant periods of time, leading to Curo’s decision to reassess the site and current demand for housing in the area.

Curo tenants within the main block were re-housed over the course of three years, from 2013 to 2016, to more suitable accommodation to meet their needs. The bungalows at the entrance to the site will be retained and do not form part of Curo’s redevelopment proposals.

Sarah Maylor, Curo Planning and Technical Director, said: “This data shows that there is a high need for family homes within the town and we’re delighted to be able to propose a 100% affordable scheme at St. Chad’s. These will be well apportioned, energy efficient houses available to families on the waiting list for an affordable home in the area.

“We’ve been working closely with the Council’s Housing Enabling team to make sure our proposals meet the needs of Midsomer Norton. Subject to planning the new homes will see the provision of 72 bed spaces, a net increase of 25 bed spaces compared to what the site is currently offering.”

The public exhibition will be held at Midsomer Norton Town Hall on Thursday 28 September, from 3pm – 6:30pm and will give local people the opportunity to view and comment on the redevelopment plans for St. Chad’s Green.