Curo takes Yes to Homes message on the road 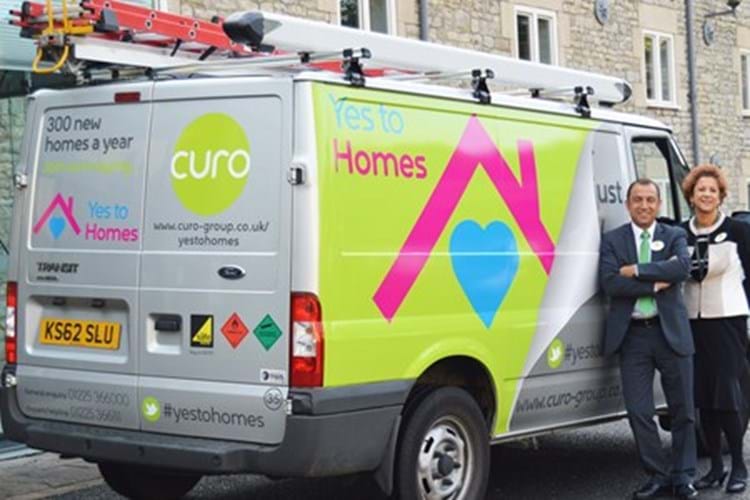 Curo is putting its name to the Yes to Homes petition, calling on local councils, councillors and MPs to commit to delivering more of the right homes, in the right places, at the right price.

We are also using national Yes to Homes Week (13-19 October) to take the Yes to Homes campaign on the road, using one of our fleet of vans to drive home the message.

Being able to rent or own a home in the South West of England is beyond the reach of many people and demand for homes continues to outstrip supply in the region. Bath is the fourth least affordable place to live in the UK and the average house price in Bath & North East Somerset is 14 times the average salary. Bristol and many other areas in the region are not far behind.

Writing in Curo's blog, Gerraint Oakley, Managing Director of Curo’s house-building division, said: “House building remains a thorny issue in many communities.  All too often, the people who most need new homes don’t get involved in the debates about house building, leaving the ‘no to homes’ voice to drown out those speaking up for new housing.

“That’s why we’re backing this national campaign that’s asking local people to start saying yes to homes in their neighbourhoods, by letting their local councillors and MPs know that they support new homes being built where they are most needed.

“Over the past ten years, the UK should have built 250,000 every year to meet demand, however only half that number were delivered. This means that the country is in a worse position now than we were in 2004. To get back on an even keel, we would need to build enough homes to create a city the size of Birmingham.”

Curo is growing its house-building capacity over the next few years to be capable of building 500 new homes a year. Curo is asking anyone who supports house building in the places they are most needed to join them in signing the Yes to Homes petition at www.yestohomes.co.uk.

Blog: Commercial house-building with a heart.