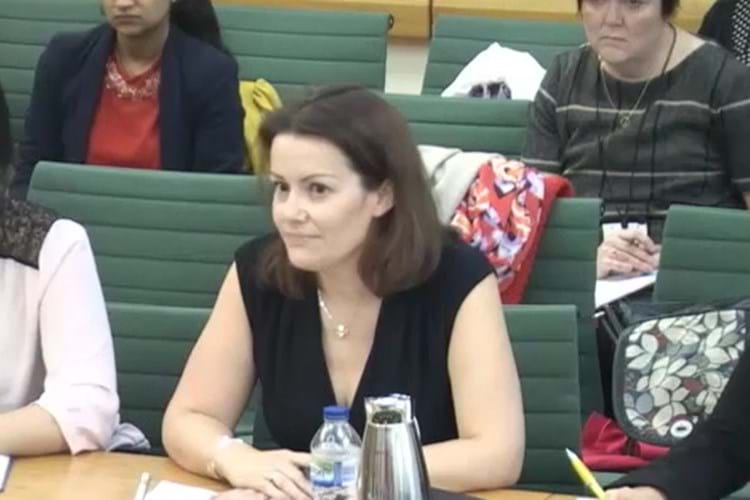 Sarah Seeger, Director of Tenancy Services at Curo, has won a prestigious national award at the Women in Housing Awards held in Manchester on 11 October, thanks to her influential work relating to Universal Credit.

Sarah (pictured in action at Westminster) won the Professional of the Year category at the awards, run by the Chartered Institute of Housing and Inside Housing magazine.

Sarah has been interviewed by the Cabinet Office on the implementation of welfare reforms, presented evidence to the House of Commons Select Committee on benefit delivery, and appeared on C4 News to highlight the impact of Universal Credit on claimants and the high use of food banks.

Curo’s Head of Customer Accounts Emma Owens said: “Sarah cares deeply for our customers – that shines through every decision she makes. Her approach to supporting people struggling financially has transformed the lives of many of our poorest customers. She has fought hard to be their voice when they’ve not been listened to. As a woman in housing she stands up – and fights – for the rights of customers.”

Sarah joined Curo in 2010 as manager of the organisation’s Anti-Social Behaviour Team where she quickly gained huge respect from colleagues and led a new approach to supporting people. Sarah’s characteristic support-led approach continued when she was promoted to Head of Customer Accounts, a role she held for four years before becoming Director of Tenancy Services.

Curo Chair Liz Potter was also a finalist in the awards, shortlisted in the Board Member of the Year category. Liz was nominated for her energy, enthusiasm and genuine passion for housing and social justice which have made her an inspiration to many within the sector.

The Women in Housing Awards recognise and celebrate the achievements of outstanding women working in housing. Now in their sixth year, the awards highlight the amazing work and achievements of the many women who make a major contribution.

COVID-19 fuel top-up vouchers available for B&NES residents
Moving onto Universal Credit? You'll now get up to two weeks' run-on payment
TV licence fee for over-75s: 1.3m could be missing out on this exemption
Curo Hot Topics: What to do if you’re struggling with money or rent because of COVID-19
COVID-19: Benefits and support announced in Budget
Rent on time - never be in arrears again
Ditch the post, save a tree! Get your rent statements online
Curo Customer Accounts Team gains Housing Quality Network accreditation
Curo celebrates local community heroes
Customer Choice Award 2019 Who's your star?