Curo and Mi-Space to transform Bradford Park flats at Foxhill

Curo has announced that the £5m refurbishment of three four-storey blocks at Bradford Park in Foxhill will be completed by Mi-space, who specialise in providing maintenance and property services to affordable housing providers. Mi-space, part of the Midas Group, has already started work on transforming the flats. 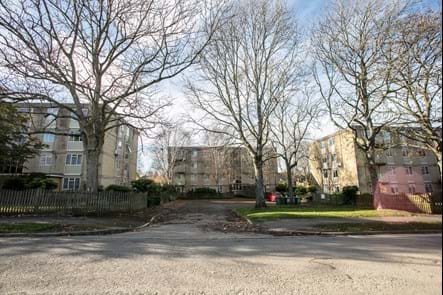 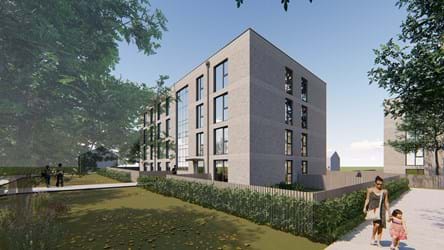 An illustration of how Bradford Park will look after its refurbishment.

Plans for the refurbishment of the 48 flats were developed in partnership with local residents and are based on residents’ priorities and Curo’s SHAW (Safe, Healthy, Affordable and Warm) standards. As well as contributing to Curo’s plans, Foxhill residents were involved in the contractor selection process to choose Mi-space.

Mike Grist, Curo’s Director of Property Safety & Regeneration, said: “The refurbishment of Bradford Park flats is an important part of our investment programme for Curo-owned homes in Foxhill. We’ve worked closely with residents to find out what improvements are important to them. Residents told us the flats in Foxhill are the homes in most need of improvement – this is why we’re starting with Bradford Park.”

Mike added: “The refurbishment works to the building, communal areas, flats and surrounding grounds have been shaped by the views of residents. Our improvements will increase the energy efficiency of the flats – making them much warmer and cheaper to heat.”

Mark Bishop, Pre-Construction Director at Mi-space, said: “We’re delighted to start work on the refurbishment and upgrade of Bradford Park flats. We’re working closely with Curo to transform the flats to meet their SHAW standards and make them homes fit for the future.”

Mi-space is committed to having a positive impact in the communities it works in. Throughout the project they will support local employment by attending construction careers events and creating work experience placements and apprenticeships for local people. They have also committed to developing the skills of their workforce at Bradford Park flats.

As part of this commitment, Mi-space is employing a Bath College student as a Construction Technician Apprentice. Rebecca Chapman will work on the project to refurbish the flats while she studies at college.

Curo expect the refurbishment of Bradford Park flats to be completed later this year with tenants moving in by the autumn. The previous residents of the flats have already moved to new homes with many choosing to move to Curo’s nearby Mulberry Park development. The refurbished flats will be let via Homesearch, Bath and North East Somerset Council’s housing register for social rent homes.

Investing in Foxhill
Supporting the community through the Coronavirus lockdown
Ditch the diet! Free course at The Hub
The Hub nominated for prestigious Bath Life award
The Hub at Mulberry Park wins prestigious award
More than 200 people turn out to see plans for new Bath park
Proposals for new Bath park on display at The Hub
Free exercise classes for older people at The Hub
Foxhill refurbishment events
The Hub is now open!