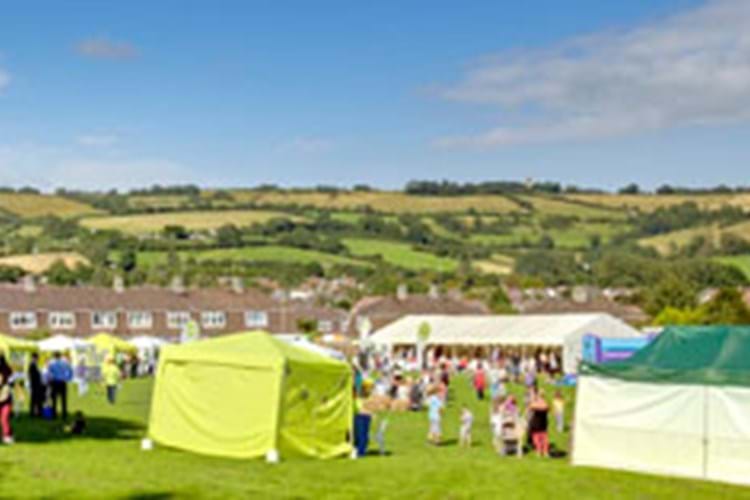 In August 2012 we marked the completion of one of the UK’s biggest regeneration programmes of its kind, providing modern, energy-efficient homes and fulfilling a big promise we made to our customers.

Curo owned 257 pre-cast reinforced concrete (PRC) homes in five areas in Keynsham and Bath. These properties were technically classed as defective and couldn’t be bought with a mortgage. This was because of structural problems usually due to corrosion of steel within the concrete.

The properties also had poor levels of insulation resulting in condensation and noise. Curo made a pledge to address this problem when we took over these homes as Somer.

These properties had a limited life so it was agreed, following extensive consultation with residents, to demolish 195 homes and refurbish 62 of the homes.

The project received the green light in October 2006 and the real work started. Initial tasks included appointing the right contractor to build the homes, working up initial design ideas, holding consultation sessions with residents on proposed designs as well as their rehousing options and preparing planning applications.

The first spade was put in the ground at Caernarvon Road in Keynsham in May 2008 when 40 new homes were started by our partner developer Lovell. The last of the 275 homes were finished in July 2012 with the completion of the final home on Southlands in Weston in Bath.

Students build their own house

Students from Oldfield School, Bath, built their first house with a little help from the team at Lovell and Curo. Thirty-two female students took part in a house-building workshop devised by Lovell. As well as building a 1.5 metre-high wooden house, the students tackled construction-themed tasks. Lovell training adviser, Mike Davis said “Women are under-represented in the construction workforce nationally. Events like this provide students with real insight into the industry and the variety of careers opportunities it offers.”

“This was a fantastic opportunity for Oldfield students and one they are still talking about,” said Nicola Turner, vocational coordinator for Oldfield School. Lauren, one of the students who visited the site, added: “I really enjoyed the visit because it was very interesting and I would recommend it to anyone who is interested in a career in technology or engineering.”

...and bat houses too

Preserving local wildlife and minimising the impact of the redevelopment was an important commitment we made. At Twerton we installed bat boxes on the new homes and under the roof tiles and the project team gave a talk on bats to pupils at the local St Michael’s C of E Junior School. After learning all about bats from the scheme ecologist, 16 children from the school’s Eco Warriors Club installed their own bat boxes in the school grounds.

What do residents think of the new homes?

Molly Willis, Caernarvon Rd, Keynsham – moved back into a new home with the same address as her old home of 47 years.

“My old flat was an upstairs, two-bed maisonette. At first I was not too happy that it might be knocked down. Once the options were explained I opted to take one of the new homes. It’s been a long wait, but well worth it. I now have a house with a garden and it’s lovely and spacious – they’ve done a beautiful job.”

Annie Cornish, Holcombe Green, Bath – moved back into the 100th new home to be completed.

“I’m over the moon about moving back. The people at Curo and Lovell have been so helpful and have really involved me all the way along. With a winter like this, it’s also reassuring to know it’s going to be so much warmer than the old PRC houses were.”

Don and Pauline Mason, Keynsham – took the opportunity to fulfil a dream of touring Britain on their canal boat while their old home was rebuilt:

“It is great to have the space and the stability of a home that we can make our own. The new house looks lovely and we have been able to choose things like the carpets and styles of kitchen cupboards.”

Samantha Stone, Weston – moved back to one of the last homes to be completed:

“It’s a lovely neighbourhood to live in, but the flat was showing its age. It’s great to be back in Southlands again and we’re so pleased with our new home – it’s going to be so much cheaper to run and the move has been handled so smoothly.”

Could you help us provide more new homes?
Are you looking for a new home?