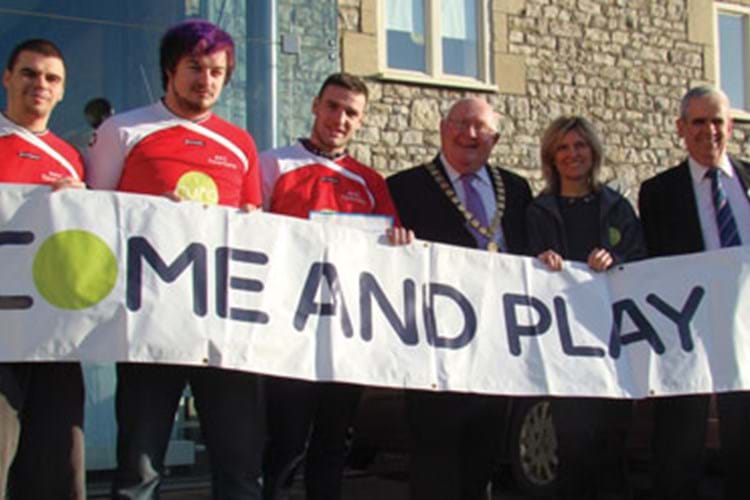 Southdown resident, Adam Bidgood, has won the title ‘Young Volunteer Leader of the Year’ at the 2012 Bath & North East Somerset Community & Business Awards, awarded for his achievements in turning his life around and in making a difference to other young people in Bath through football.

Adam, 21, formed the Spartans AFC football team in South Twerton as a way of providing a positive activity and focus for people in the area. The team includes a diverse mix of players, some of whom have, like Adam, found themselves on the wrong side of the law in the past.

Adam was successful in securing grants from Curo and Avon & Somerset Police to pay for a football kit and training equipment and to enter the Bath & District Saturday Football League.

Adam has been homeless in the past and received support from Curo’s young people’s services which runs several projects in Bath. He currently works locally in Twerton.

The team is going from strength to strength and is now on the look-out for the next Rooney to join the team. Anyone in the area who wants to join a serious but friendly team can contact Adam on 07513 293399.

“The idea behind setting up the team was to create a friendly local team that the local community can support and get involved with," said Adam. "We take it very seriously – the team trains twice a week and plays on a Saturday. We all really enjoy it and it gives us something constructive to do and keeps us out of trouble! We’re really grateful for the support Curo has given us.”

Jo Bellotti, Community Initiatives Officer at Curo, nominated Adam for the award. “Spending just a small amount of time with Adam it is clear that he has come a long way and is now gearing his energies into real positive action," commented Jo. "He has not only made great strides in his own personal development but has also dedicated time into helping others to make a real difference to their lives.”

Curo offers grants for projects which, like Adam’s football team, benefit the neighbourhoods where Curo works.

Anyone interested in Curo’s grants can find out more by clicking here or by calling Jo Bellotti on 01225 366145.